Here is another video showing how you use base ten blocks to bring home the basic concepts of addition and multiplication. A very simple concept for very young students to grasp is numbers are made out of other numbers. You need to talk about addends...they get it when you tell them you can make a 5 out of a 3 and a 2. There are 45 addends but rather than doing the same thing over and over again for a whole year, addition in first grade for example, using worksheets and flashcards and drills...why not play and have fun and do many different activities that teach the same thing. Building towers, pyramids, walls and math towns are all activities that teach addends. (Search crewton ramone pyramids or crewton ramone addition) Variety is the spice of life.


Here is another slightly more advanced way to teach three things at once using base ten blocks. You teach addends, multiplication and "the algebra is just along for the ride." Before you do this you get very comfortable with ONE x² before you add two or three. And you might check out this page that shows you how to present the basic concepts of addition and subtraction using manipulatives too. While you are using two of them you can really bring home the addends if you have a set of multiple tens. If you only have single blue (or whatever color you have) bars, not so much; BUT you can still get addends done if all you have is single bars just name the groups of x and add those.

As an added bonus you are factoring polynomials. I have discovered that a lot of older students have trouble with algebra because they haven't ever mastered their addends and they don't have their multiplication tables mastered either...yet they passed math several years in a row and find themselves in high school.

Older students can take the time to draw the problems and write down the symbols. Younger students need speed and repetition so they don't get bored...and taking the time to write it all down slows things down too much...so we just talk about it...this also will come in handy later when you find they can do a lot of math in their heads. No Blocks. No pencil and paper either.


Other comments about this are regarding "mindset". Using algebra to teach basic math works well on all manner of students from various age groups because it changes their minds about math being hard. It's easy and even fun. Once they think it's easy: IT IS. If they think it's hard, math is much more difficult.

The next idea is working with older students who need to master multiplication and all 45 addends using traditional methods can make them feel stupid or inferior because they know they are doing work that is "beneath their level" or that younger kids do...this can be damaging to their self esteem and further turn them off to math. Recently a parent asked me what I thought of the math tutoring a public school had after school..."more math the same way they didn't get the first time. SO lets do it over again and perhaps they will get it this time." Even if they do they will have less than positive associations with math.

If you use algebra and it's fun and easy to start and stays easy, they have fun feel smart because they are doing algebra which they know in kid culture is supposed to be hard AND they get the practice they need to enhance their skill sets in addition and multiplication. Plus playing with base ten blocks is fun--they look like toys. They are toys. Powerful toys that teach math. Toys that make math child's play. In your hands they are powerful tools when used correctly. 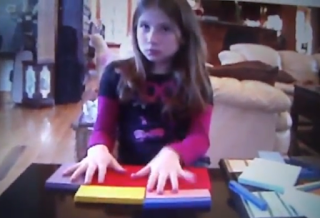 They MUST get their hands on the blocks. This way you reach all learning styles and oddly enough several universities have recently made the discovery that the more senses you use the better and easier learning is...and the more learning takes place.

Also note BOTH hands make for a whole brain activity. This is why I have success with so many different students.

The only way to learn math is to do math, have fun while you're at it.


I found early on as a salesman for this method that sales sky rocketed when we had enough kits for everybody in the room and everybody got their hands on the blocks...they understood it, they saw it made it easy they got a kit. Otherwise it was just more math.

Also athletes and other learners that are more kinesthetic excel using this method, and this is also why we do so well with special need learners.

I have made many posts about using algebra to teach basic operations. See the links below. You can also use fractions to teach addends and multiplication but that's another post and another video.

The previous post Algebra With Base Ten Blocks For Addends And Multiplication this could be considered part 1 and the one you are reading now part 2.

Use base ten blocks to explain the distributive property.

Shortly there will be another post with Commander Colby showing how to use algebra for remedial math without damaging the child's self esteem or making them feel stupid or like they are behind.

Posted by Crewton Ramone's Blog Of Math at 7:12 PM 1 comment:

Algebra With Base Ten Blocks For Addends And Multiplication

Trying to get people to understand that you can use algebra to teach addends and multiplication can be a little frustrating. People (including teachers) are so stuck with the rigid and foolish way we have structured mathematics instruction in the USA that using algebra to teach addition or subtraction or fractions to teach multiplication are practically inconceivable. Compound teaching is; however, a very effective method for teaching math and base ten blocks definitely help. 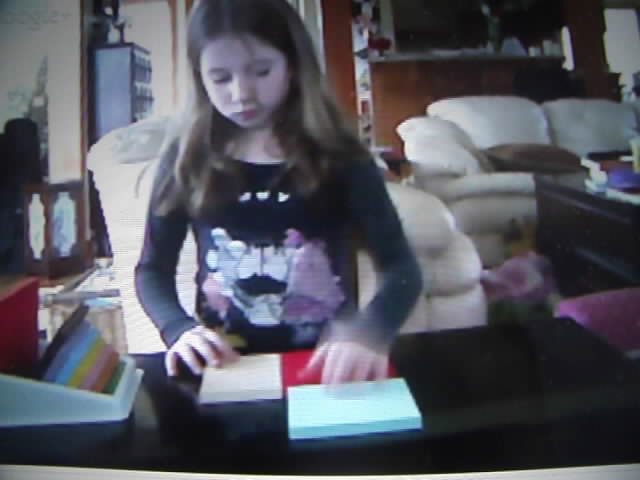 In the picture above she has to tell me the whole rectangle...x² + 16x + 63...she has to add the x and multiply the 9 and 7...and we do it fast. There are only 45 addends, they need to be mastered. There are only We go through lots of problems quickly as you can see here:

This is video from an actual tutoring session. The little girl has all manner of distractions and yet we cover more math in an hour than she'll get in several days at school. And it's fun. Rather than spending days and days doing the same multiplication problems amd filling out works sheets, why not use base ten blocks and do lots of problems quickly. Remember the brain likes to work quickly. And the more impression it get the more likely the information is to be transferred from short term to mid term memory and finally into long term memory and with more impressions the info is available for instant recall. It is more likely to get there if you are having fun than if you are drilling and it's drudgery. The child is engaged, the brain is engaged learning is taking place.

By the time this video started we'd been playing for a good 10 or 15 minutes. Also it was self directed: she could use any two multi ten blocks she wanted, (these are base ten blocks that make building super fast because we don't have fool with getting out tens or x one at a time).

Also note you still have to work with them to get them to add two numbers instead of counting each block, and the more they do it, the faster they get. Same with the multiplication. All it takes is pratice and it's kind of fun to have the control of making up your own problems. She showed her little brother how easy it was to do algebra..."all you do is count," she says triumphantly. 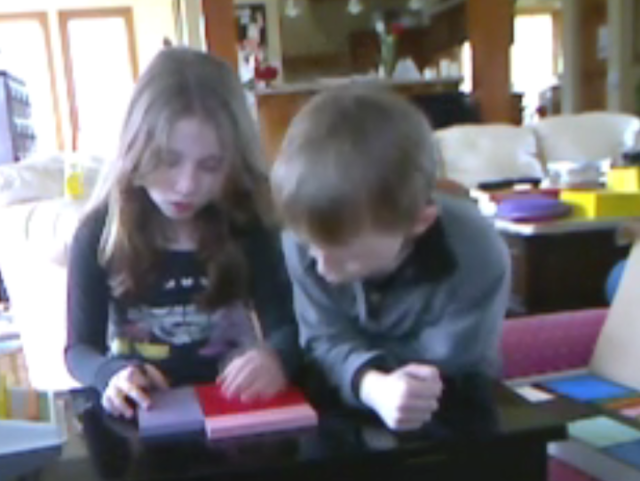 With drill work and work sheets the brain eventually shuts down and it's boring you may even see them begin to yawn. Be careful with worksheets. Using base ten blocks engages all the senses. It's fun an you get more work done in less time. They learn more, faster. 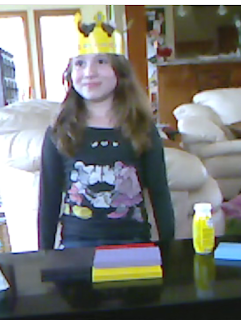 When you can do your math and you get it, it's fun and it makes you feel good because learning is fun and sets off all manner of endorphins in the brain. Declaring yourself queen of math never hurt anything anyway. I am especially aware of little girls having their self esteem damaged when they fail at math. The psychology of the female is to take it personally, more so than boys as it was explained to me by a person who had a degree in the psychology of mathematics, little girls tend to think something is wrong with them when they don't get it, little boys tend to think there is something wrong with you if they don't get it. This is an over simplification and generalization but it is backed up with direct observation and anecdotal evidence during my travels.

You will need a password but you can see the same principles at work when we work with negative factors: and we end up practicing adding integers. They learn about hero zero too, and they will often freestyle their way into concepts like the difference of two squares compare them to square algebraic expressions like (x+1)² and SEE what to do. [Soon there will be a link to a page and vid where a ten year old boy does so called, "advanced algebra." Meantime use the links below for more on using algebra to teach basic math.]

Here is another blogpost Algebra For Addends and Multiplication. You can also use algebra to teach remedial math, I have a student who has a hard time with multiplication and subtractions and fractions and...so we do algebra and then evaluate the polynomials for various numbers. This "tricks" him into doing his remedial work while he learns algebra and he doesn't realize we are doing stuff he should have learned already because he likes algebra, it makes him feel smart. Thus preserving his self esteem AND getting the work and practice done that he needs.

And here is a Video just learning about addends and playing and we don't do any algebra. But we could be doing algebra if we wanted and this student liked playing in algebra but in this vid she opted for building a town instead. This vid is about 30 minutes long. We just play blocks. I have been told this is a great video, might be worth your time:

The point is you can use algebra for teaching right along side, concurrently with, so called simple, basic lessons on addition, addends and multiplication.

and if you liked this page which is basically Algebra for little kids you should also like Trig For Little Kids too.

Posted by Crewton Ramone's Blog Of Math at 10:31 AM No comments: