Playing and having fun does several things. One of them is giving the child a positive feeling around numbers and math. I have more than a few students who fear math, or hate it. They come to me and have fun and I do my best to break that pattern but then they go back to school and the old pattern runs them over.  Just had a student tell me that she panicked when she took a recent test even though she knew everything on it and had even done some of the problems before...more than once.


"I don't know it was weird, I knew it all and I still froze up and got scared again."  These patterns are powerful and hard to break. Now imagine how much worse it is to NOT know everything and have those feelings...the point is if they feel good about math the learning comes easier. Math should be fun. When it's fun taking a test is just showing off.

Feynman said, "Math is a language plus reasoning." That reasoning leads to critical thinking. 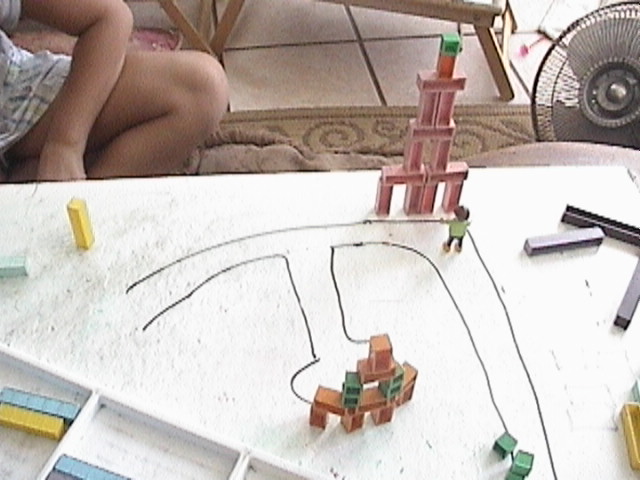 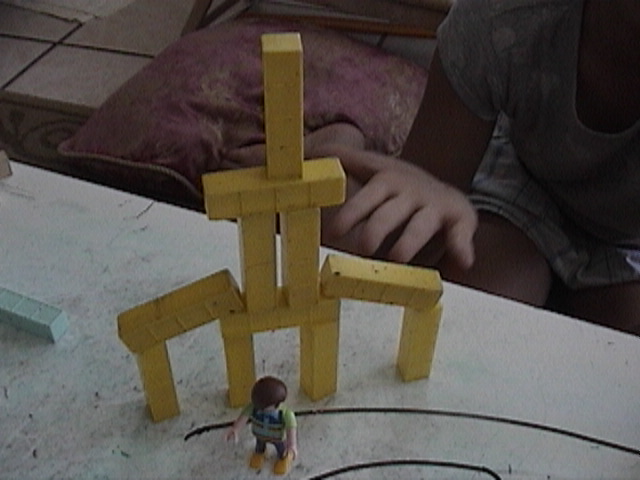 As she built each tower she had to count it. Sometimes she just followed my lead other times she counted on her own... 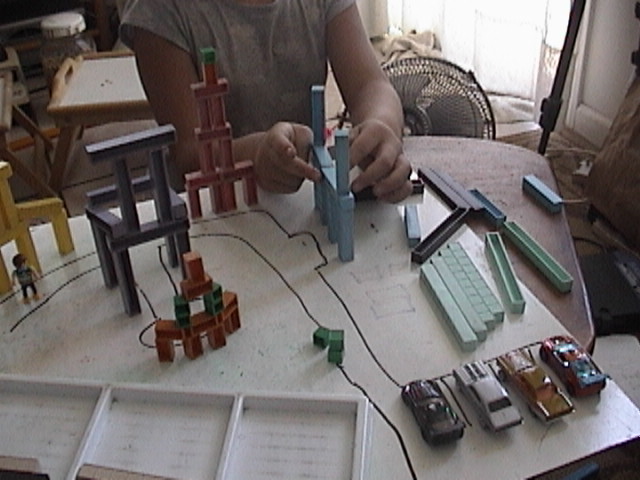 The town starts shaping up and she tells stories about each building and what happens there as we go. 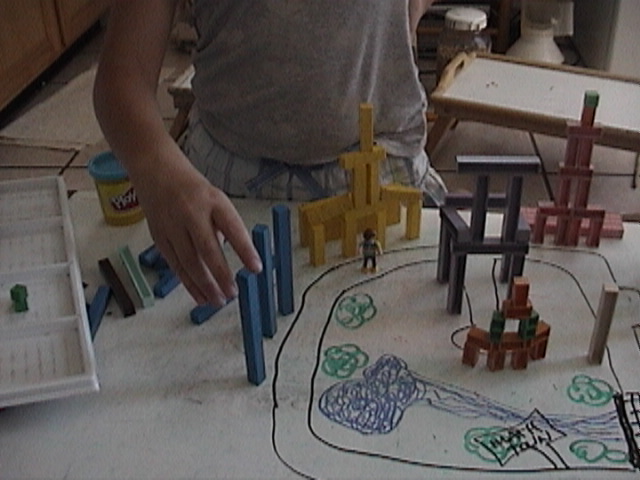 As we play the town gets built and rebuilt and changes...every time we knocked something down on purpose or by accident we counted it all over again...with lots of laughter. 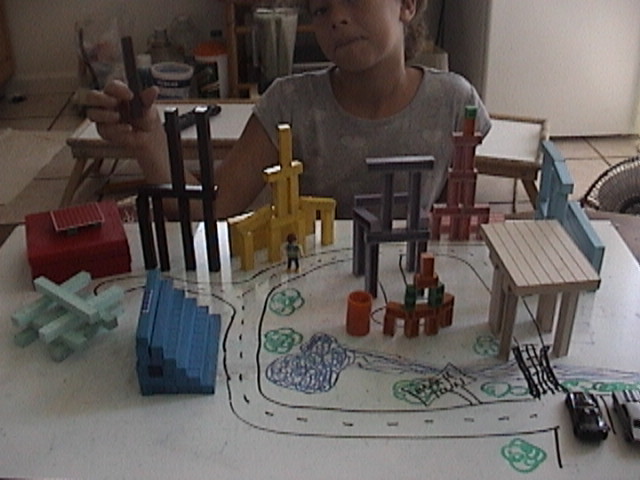 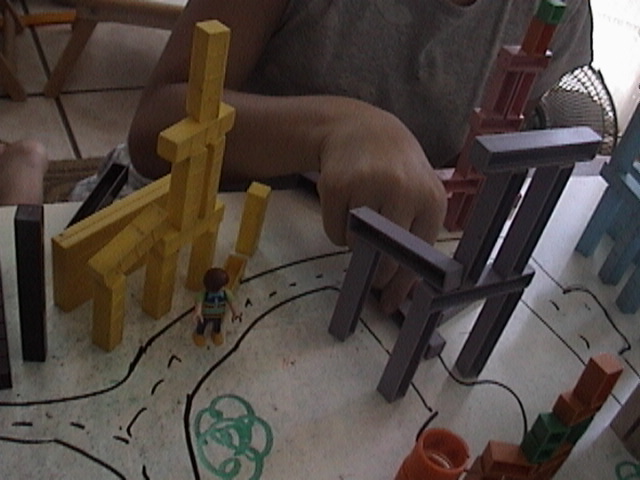 Fine motor skills are further refined, counting and playing go together. We are doing multiplication ON a table but we aren't doing multiplication tables.  I was asked about math flash cards or multiplication flash cards and I said, "yes, they are great but not yet!"  When they have their facts close to mastered, they are familiar with for example 2's and 3's, and when you ask them what's 3 x 5 and it's almost on the tip of their tongues THEN flash cards. Using them as a a tool to teach math especially with young ones can lead to some very big misconceptions like the symbols 3 x 3 turn into the symbol 9!! I saw this over and over again during my travels. The kids had no conception that it meant three 3s. Here it's visually obvious as Maria Montessori used to say. 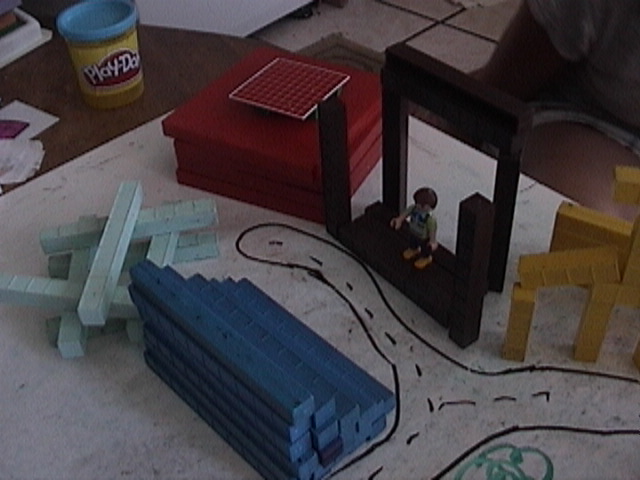 EVERYTHING gets counted, the tens the hundreds, we add, we subtract but mostly we have fun. It's math enrichment, so it should be an enriching experience, not drudgery. Especially when they are little or pre-teen... 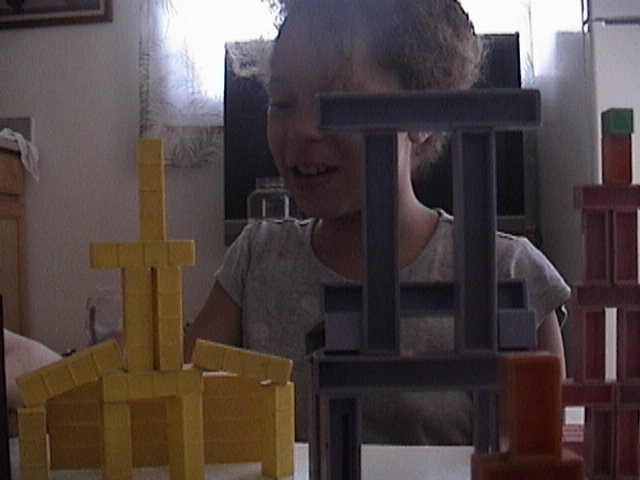 Here is a 10  min screencast covering the pics you see above and more:

Find us on Face Book and be sure to go to the house of math for more on other topics.

Posted by Crewton Ramone's Blog Of Math at 3:41 PM