Getting Down With 3rd Power Algebra 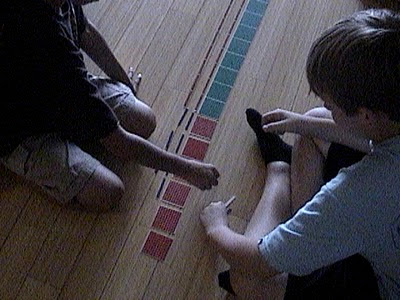 A few pictures and a screencast from a two and a half hour session I had with some students. For the entire first hour or so I forgot to take a single picture.

We basically played getting to know you, and then went over the five basic concepts, played with the pieces to gain familiarity with the blocks, built some tens, did some multiplication and then moved on to algebra. 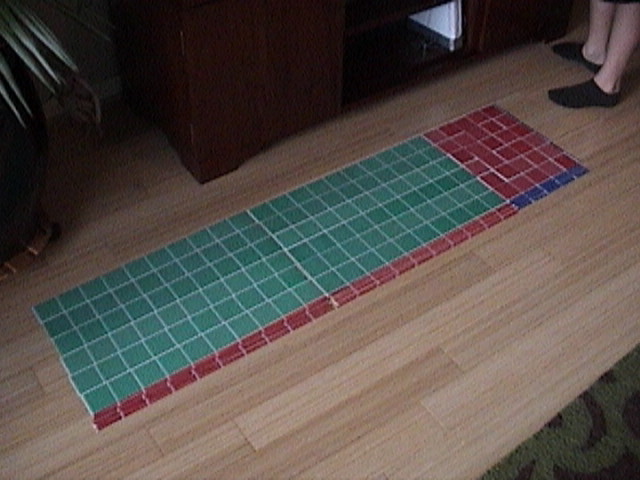 Before we started playing on the floor we did some drawing and of course a three period lesson to get comfortable with the pieces we were about to use on the floor. They got a chance to draw whatever they wanted and then we played a simple game where they had to tell me the factors and I had to draw a picture to see if our pictures matched. Similar to this post where the student got to draw anything he wanted. When I say "anything", I mean any picture of a third or fourth power expression.

Had a few games where we took the factors and built the rectangles...just drawing. But then for even more fun we played on the floor.

Note in the initial picture we have a drawing and some notation that does not fit the picture because the picture is taken after we did a drawing where one factor was x + 2, and then I added to the picture making the factor 2x + 2...and we hadn't changed the notation yet...they really get an intrinsic feel for the distributive theory when you present math this way. As time goes y and they see it a few times when given a formal presentation on the distributive theory they "get it."

Right now for the first introduction it's much more about counting, adding and multiplication. The algebra and factoring come along for the ride as it were, we tie it together with the "higher algebra."

"Main thing: we have fun", and even a ten year stayed "tuned in" for over two hours. Afterwards he told his mom, "it was fun."