There are plenty of games you can play that teach math.  At Crewton Ramone's House of Math there are pages of them. The page called "how to teach addition" has a bunch of games for addition but there are games for multiplication and algebra and more on my site and here on this blog. I put fun first grade math activity in the title but it could just as easily be a fun preschool math activity or a fun kindergarten math activity. 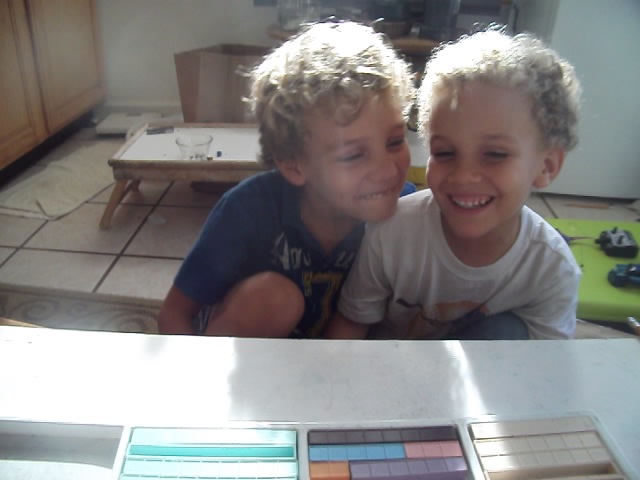 This is a story Jerry Mortensen came up with for teaching addends below ten...the numbers are having a party. Addends* are quite important and help students with many other aspects of mathematics (like subtraction). They are a basic building block that so many systems skip completely.

With little kids you want to play math...not drill math, and you need to play it enough so that they attain mastery and have instant recall. 2 + 2 = 4 is instant for most kids but 4 + 3 can take a a little longer and then 7 + 5 takes longer than that and they may resort to fingers. Get them off their fingers...but you start on their fingers.

There are only 45 addends in all. They should be mastered but don't spend all your time just doing addends, play other math games, do multiplication, sing songs, do algebra, fractions, problem solving etc. WHILE you are mastering addends...and all of these topics can be used TO master addends...and multiplication. Math is a language: it all goes together.

This idea of segmenting it down into individual parts that never become a cohesive whole ISN'T working.

*Addends: two numbers added together that make up another number. 7 + 3 are addends of 10 for example.

Posted by Crewton Ramone's Blog Of Math at 8:37 PM