It doesn't matter what the lesson is with the younger students, it can be aided by practicing addends. Playing with addends makes it all easier. Drilling with addends is not fun but building walls and filling trays and racing to fill trays with addends IS fun. Right now she is getting the hang of it but soon she will race me and may even beat me like Sarah does. Kids naturally like competition. 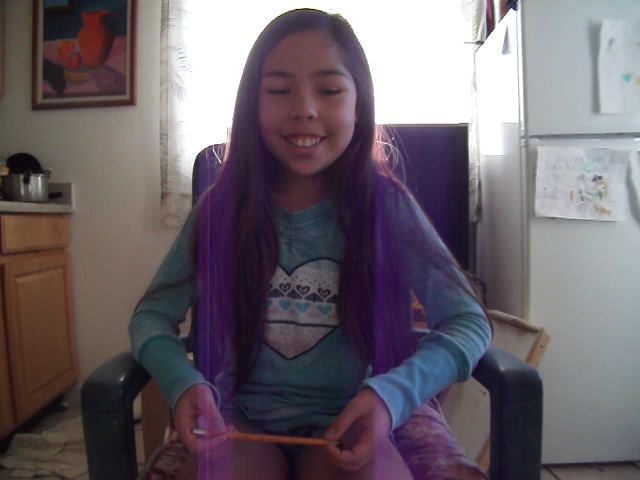 We did a lot of things in our hour one of them was finding out what pie means...

We played with fractions:

And at last we built some addends. No magic to it. Just solid conceptual understanding of the basics.

She is 10 so the emphasis will be using fractions to learn addition and multiplication...same with the algebra when we do algebra the emphasis is not so much on algebra as it is on multiplication, the algebra is just along for the ride as it were. If this sounds odd to you spend a little time digging around this blog and over at the house of math.

Posted by Crewton Ramone's Blog Of Math at 1:54 PM