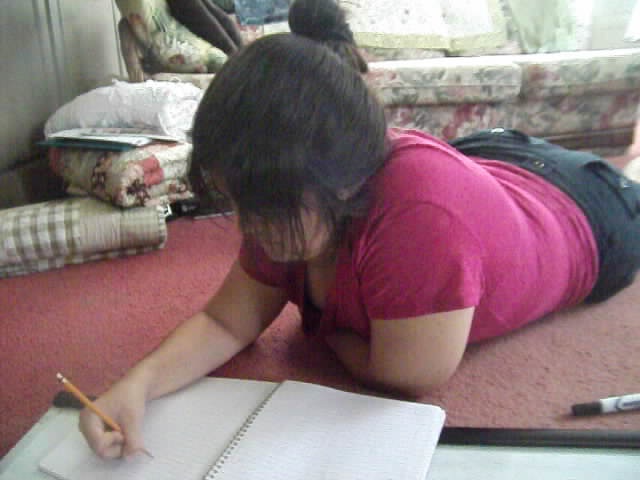 People often ask me if there is a special way to do it for SPED students, the answer is no.

I've had conversations with students that went along these lines. "I know everybody calls you special, but in my class your just like any other kid that's going to learn math. I know you can learn math because you understand English. So quit telling me how special you are and count this."

95% of the time they shock everyone except me...they even shock themselves sometimes. Bear in mind when I met Sarah they weren't even teaching her math because there was "no point to it." they knew she couldn't learn it, and as we say in Hawaii they were wrong but true. She would never have learned math with just paper and pencil and rules and process out of a traditional text book.

(There was a time in my life when I was shocked. After I got over it, I said to myself more people need to see this. And, since no one else has stepped up to the plate it seems to have fallen to me. Hence this blog and my website and the many things that will be made manifest in the next 7 years or so...word is getting out.) 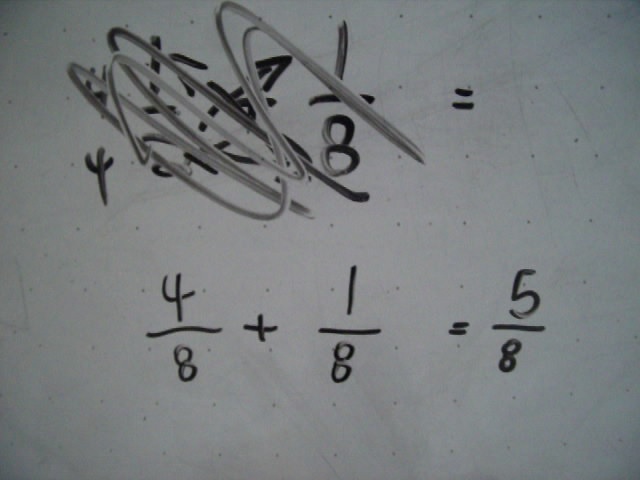 If you try to teach SPED students (or even "regular" students) rules and process the results will be poor. There was a time when I used to have to argue the point but the dismal performance of American math students as reflected by ANY metric saves me the trouble; not to mention that in the 22 years I've been doing this the results have gotten WORSE not better....Fractions and long division still top the list of leaste favorite math subjects pre-algera.

This is an excerpt from an email exchange between myself and a parent of a child with Downs Syndrome.

How is her speech, does she speak English well? If she speaks English she can learn math. Period. There are no special needs lessons plans. Do the same lessons you see on the blog and website. You may have to go slower and for shorter periods...but that's it. MAKE SURE SHE gets her hands on the blocks and isn't just watching you play with the blocks. I have had success with downs syndrome, deaf kids, blind kids, autistic kids, kids who climb on rocks...kids is kids no matter what "the experts" tell you. Use all the senses or as many as possible. Play, have fun, learn math. Don't approach it as math time so much as play time. Sing songs. Play games. Watch vids and then DO the stuff in my vids...don't worry about getting it wrong. You can't play wrong.

Sarah is Autistic use your password and check out her page: http://www.crewtonramoneshouseofmath.com/Sample-Lessons-Sarah.html

After about half an hour she starts "getting it." We have covered fractions before in different ways...we started from scratch, like she had never seen them before and went from there. And this is the result:

As you can see it's becoming easier and easier. You do the same thing with "normal" kids especially younger children. Teachers lament that they have forgotten everything they were taught over long summer breaks. This is normal and natural and often shows mastery has not been attained, although sometimes the are doing as fast as you can write a problem looking very much like mastery has been attained and then a week later they can't remember how to do it. This shows it takes many exposures to put information in long term memory and more than that to make knowledge available for instant recall. Expect this. 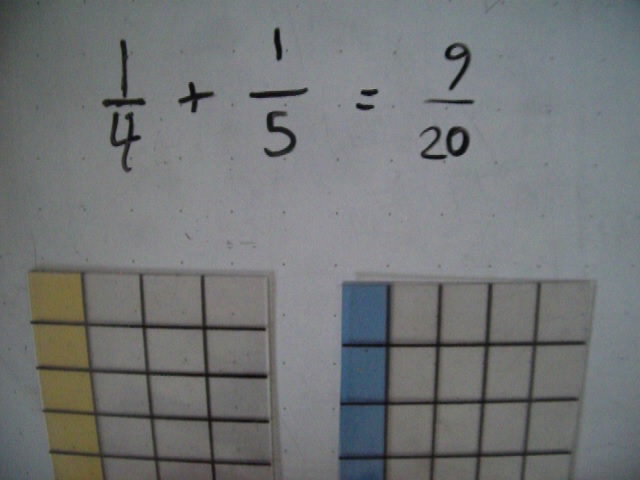 She did this one in her head as soon as I wrote it down...however mastery has not been attained, one small change in the process and she gets flustered. As the picture where the problem is scratched out above shows...watch the vid and you'll see what happens when a change is made to the process.

I do the same lessons several times separated by time, they seem new for some, but usually I say the first time it's new, and might seem strange and maybe even a little hard. The next it's I've seen this before, the third time it's I got it already lets do something else. With SPED students it may take an extra time or two beyond that.

If you want to see the whole lesson (you need a password)...just go to Sarah's page. The vid is 24 minutes long. You will see the ups and downs. Here you just see the success. There you will see how we got there...and future vids will make even more sense.

I recommend this for people who don't have SPED students too. The lessons are basically the same...now that she has this lesson mostly mastered and I have watched the lessons, I will emphasize different things, next time we will focus on "filling up the one" and work on improper fractions and then we will be able to do more fractions where we add and then subtract and eventually have to borrow out of that one...we can also go back and forth with reducing fractions and equivalent fractions....then multiplying fractions will be easy and at last division will be covered and you can be assured she will discover WHY we invert and multiply. Again.

If you have teen age students that are doing algebra you might go over fractions again with them because consistantly I see kids in algebra that can't do fractions...or forget how or can sort of do fractions but hate them which is silly when they're so easy.

One last note. Several parents have told me they get lost watching the vids and sometimes don't understand what they are seeing...although it looks fun and easy they don't get it. "Do you have a set of blocks?"

Therein lies the problem. I can't stress enough that in all the time I've been doing this the ONLY time we lost people is when they didn't have a set of blocks to play with in front of them or wouldn't put their hands on the blocks...the blocks get you through your mental blocks. That's why Jerry used to say "Math is NOT a spectator sport." You have to participate.

If your are an extremely visual learner just watching vids may be enough, but if your are kinesthetic or auditory or a mix where visual is not the primary learning style then hands on is a must. Not saying this to sell you blocks. I'm telling you this because my experience has proven beyond any shadow of a doubt that this is TRUE.

Search this blog for "fractions." (There's like 8 pages of results worth.)

BTW if you want a set of fractions tiles like the ones you see here it's $105.00 shipped to your door and is available on my site at Products and Passwords now. Or order at right. ⇒


Posted by Crewton Ramone's Blog Of Math at 7:49 PM