House For A Duck.

Playing math often means learning math without really knowing you are learning math....when you are four or five. In this case we learned a lot of math, addends specifically, without worksheets without pencil, pens or paper. We just built a house for a duck and as an added bonus got a few more repetitions for these addends added to the long term memory. It takes many repetitions starting at an early age to get math facts (or any facts) into "the long term memory" and available for instant recall, but as you will see it's easier when they are younger and here is WHY.

Where most of you err particularly with multiplication is you try to cram the number of repetitions into a short time frame usually well after the brain is out of the "download mode". This can be effective but it has been my experience that this can also cause a host of problems particularly when it comes to math anxiety and attitude toward math in general. Instead of a fun and exciting language that underlies ALL of science and explains the universe around them via the physics and chemistry and biology it becomes drudgery and something that requires a lot of mental effort to memorize a host of math facts that don't seem to go together.

What you want to do is make positive associations with mathematics and avoid having to pound math facts into your children. This is what happens when you wait until they are past the age of 7 or 8 to teach them math. The very basics, 45 addends and 400 multiplication facts are learned easily before the age of 7; it is much harder after this age because the brain state has changed.

If you want to be an effective teacher you need to understand a little about how the brain works and how to put information in it. I will have more on this later but the basic is this: 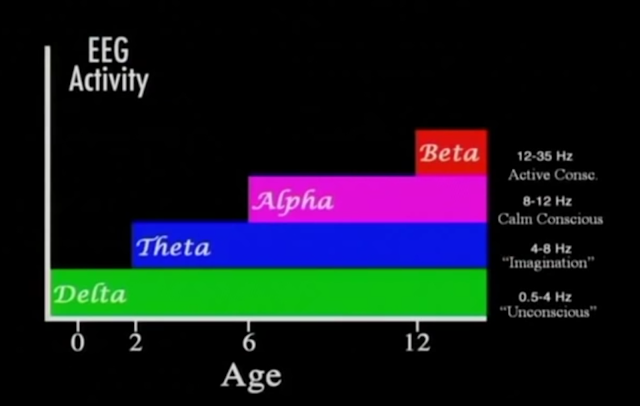 When the child is naturally in "theta", they are basically in download mode. Learning anything is easier for ANYone while in theta, there is an entire industry dedicated to selling audio technology that puts the brain into these states for "super learning"...being happy and unstressed adds to this ability to learn easily. I cover this in Parent/Teacher training.

Removing "the NO" from the lesson is important because "NO" is a charged word that has all manner of negative associations attached to it even by the age of 5. Just hearing "no" is enough to make some children mad or sad or angry which activates the reptilian brain (cerebellum) which shuts down the prefrontal cortex which activates the fight or flight response where blood is pushed into the limbs NOT into the part of the brain that facilitates learning or higher order thinking. 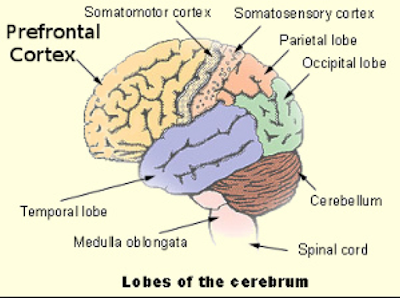 By age six or seven "downloading" is no longer the default setting as it were and they begin spending more time in alpha and then by age 12 beta (and with training Gamma, a state not shown here and a state associated with "miracles" and the "paranormal" and other psychic abilities not easily explainable by modern science but which can be achieved with "practice.").  Logically the best time to teach a large amount of factual information is in the early years when it is easy down loaded or assimilated. The names of states and their capitols, Presidents, the ABC's and of course math facts like 7x8 and 17 squared are easily learned and stored in the subconscious for easy recall at earlier ages.  And if you make a game of it and make it fun, the learning is easier still.  Play math. Not worksheets.

At Crewton Ramone's House of Math as with Mortensen and Montessori, we emphasize whole brain activities...using both hands for example is VERY important, but can you also see that involving the other sensory cortexes would make learning easier? This is because we use more of the brain. This has been borne out by research at major universities.

This seems obvious to those of us that use manipulatives to teach math but quite a few others are only just now discovering that the more senses you involve the easier learning is.

WHEN you teach is also an important factor...as the child gets older more repetition is required to put information into the sub-conscious mind to be made available for instant recall.   In other words the older the child is the harder it will be to memorize multiplication tables...learn a new language or most any subject.  This does not; however, mean it can't be done. Obviously, it just means it will be harder,  take longer, and often involves a lot of tears and frustration.

Any student properly motivated and who is relaxed and happy can learn math at any age. I have proven this repeatedly for over 25 years with students of all ages including adults. But it is FAR easier if you get them young because by the time they are teens many factors are working against you, brainstate being primary among them but as you know, attitude and motivation may be lacking by the time they reach their teen age years, plus there is the added conditioning of past failures and the thought that math is hard instead of something easy and fun.

Here is theory in action. He sees the math facts. He hears the math facts. He experiences the math facts. He has fun. I should have put the camera on him when he told his parents he was done because you could see the satisfaction and pride in the smile on his face. Such a simple thing building a house for a duck, but terribly important for you to understand that through play we learn math, sans tears or fears and without "robbing them of their childhood", but instead making life far easier for him and others like him down the road.


Once (while) addends are mastered, multiplication which is just repetitive addition also becomes easy and we lessen the chance of losing them to multiplication tables and the stupidity that is the way we currently try to force feed students math at a late age.


Posted by Crewton Ramone's Blog Of Math at 1:30 PM