Base Ten Blocks and Playdoh


Basically what you see here is a math rich environment in action.

Playin is learning. Play with the stuff they like to play with... In this case playdoh and manipulatives, or base 10 bucks.

This screen cast got over 150 hits in a day, I'm pretty sure people were amazed by their ability to multiply more than by the playdoh but you never know with the Internet.

Basically we played and had fun first and learned math concepts second. this play session lasted about two hours you'll the complete lack of symbols interplay we just talked about the concepts, the symbols will come later.

Here you see us playing with addends and subtraction. A lot is going on here... You see Hero Zero wearing his five disguise at the top, first it was a 10 and we made addends for 10 below it and the four-year-old showed me ten take away one in no uncertain terms. 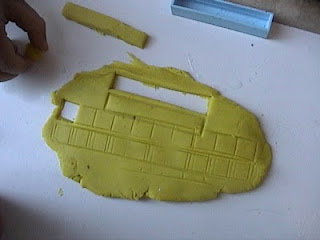 Here we see an addend for seven and a couple cutouts. 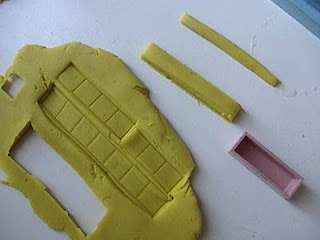 Here you can see how the boys lined up and press them in. 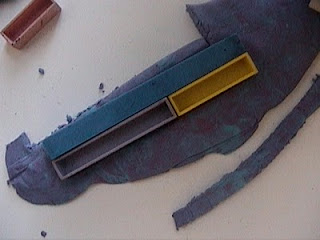 And here we are getting ready for addends bigger than 10. 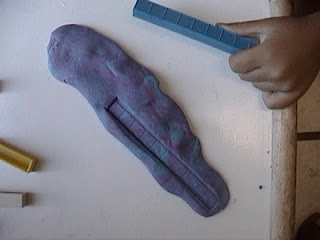 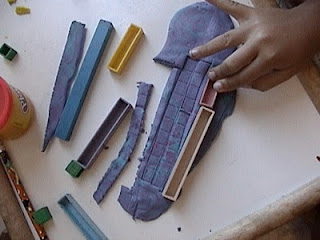 So what if they don't line up  perfectly? They still "get it" and that this age the emphasis is on fun not on being didactic with clay. You can't play "wrong." 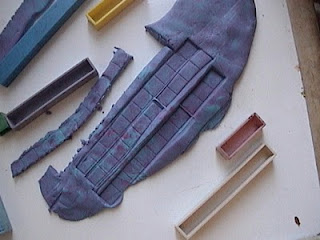 Cutouts for the one I don't talk about talk much about the video. And you don't see it much here either but we did all kinds of map of the cutouts, mostly adding and subtracting and smooshing together. 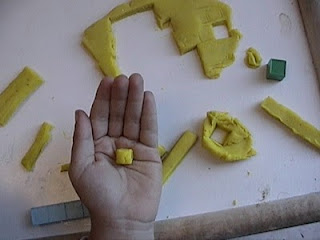 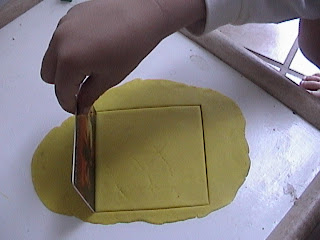 Looks like an American cheese single. And right there I got about 100 ideas for lessons with a pack of cheese singles... Eat your math lessons, that will get them subtracting--assuming you like eating processed American mucus forming, chemically enhanced for optimum flavored cheese-like substances. I wonder if I could get Kraft as a sponsor. Anyway I can see lots of lessons that could be done with cheese singles. 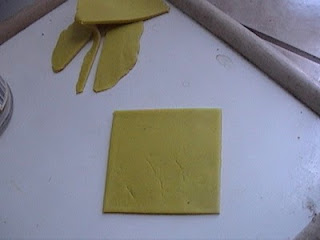 Here we talked about one whole, then because it was yellow we cut it into a 4 x 4 square using the four block as a guide. First would cut it in half then we cut each half into it quarters and the make up the other way and we talked about equivalent fractions 1/4 equals 2/8, and they could see it. And then we got those in the house and you get what we see here: 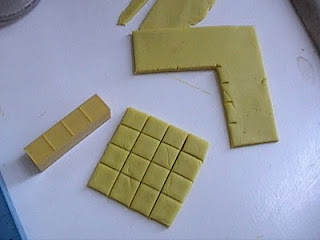 This gives a good chance to practice coming by fours and to see 4/16 is the same as one quarter.  You can also see a relationship of 1 to 3, 1:3, but we did not talk about it at all I mention it here because it's so blatantly obvious we could show it equivalent fractions the other way keep it simple and fun and don't try to stuff too much in there at a time. Older kids and adults might be ready to make the switches between the two but with the toddlers I made sure it was a coherent lesson with no jumps and perception. It's one square with a strip colored in as opposed into rectangles, one over the other to show ratio and equivalent fractions of one third that way. This one square teaches a lot of math to toddlers as it is. his could just as easily been a lesson about right angles and squares and square root. 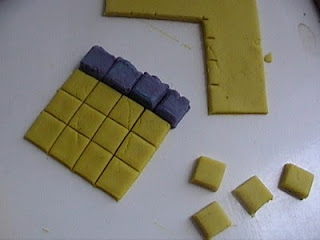 The older boy wants in on the action since you did such a good job accounting by fours and sixes. 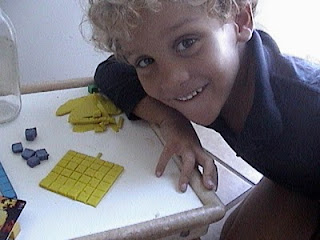 But the younger boy would like to know that he did all the "work." 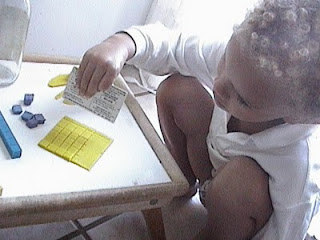 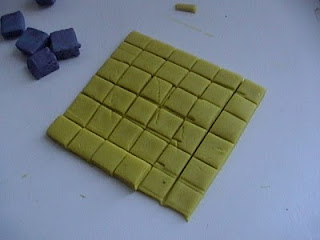 Since it was all cut up already or use a six to show one out of six or 1/6 and that was the same as 6/36 or six out of 36. Again they didn't see any symbols and we didn't do any writing during the lesson. But when they do see them, the symbols will make sense. 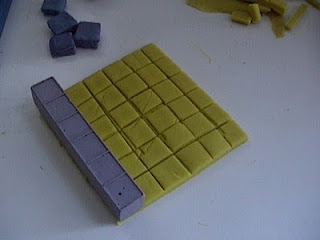 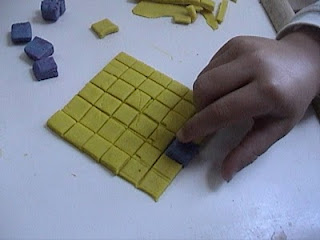 And since they had some purple Playdoh,  they made six out of 36 themselves. Again I see you ratio listing here 5 to 1 or 1:5, but we didn't do it. You could if your students are a little older. Or as a separate lesson. 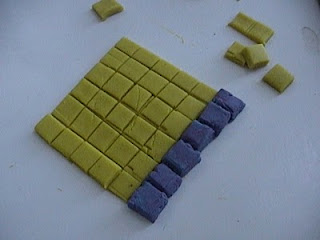 Them we made it smaller and talk about fives and fifths each blue-black is one of five or 1/5th. Of course conking my fives is easy and fun. 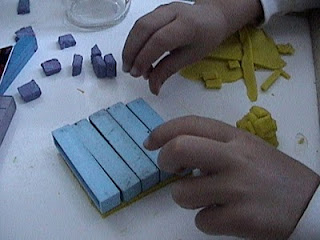 Which is the same as 2/10ths, and here you see them using their imagination to break it into tenths. 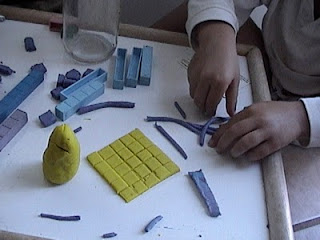 It was fun rolling out the skinny lines and making stuff with them. I missed taking pictures of them playing with the yellow flat and showing other fractions and fraction concepts. But you get the idea. 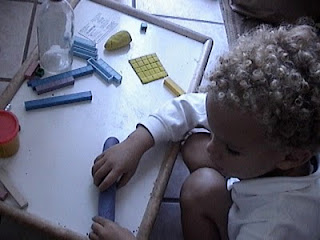 And after we played long enough with these concepts we just crunched it all together and started over again. 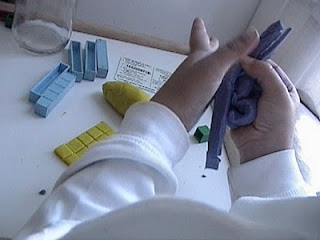 "What should we do next?" the four-year-old asked.
"I dunno." I said, "let's just play and see what happens."

Here is a video for the boys help me tell the story. Caution: they may blow your mind with their ability to count.

At the time I made this post using YouTube and Screencast-o-Matic had outages that were commonplace. I put screencasts here for all my teacher friends who have YouTube blocked at skool but then the screencasts stopped working so now I'm going back and finding screen casts that don't work and am replacing them with  YouTube vids or links.

This screen cast is titled "Crewton Ramone play W/Clay Learn Math" on both YouTube and Screencast-o-Matic. People ask me if they can use my material on blogs and web posts, lancer is by all means just a link back to wherever you got it.

Here are couple of old posts where they play and learn math:

Find us on Facebook... and at the house of math.

Posted by Crewton Ramone's Blog Of Math at 7:20 PM