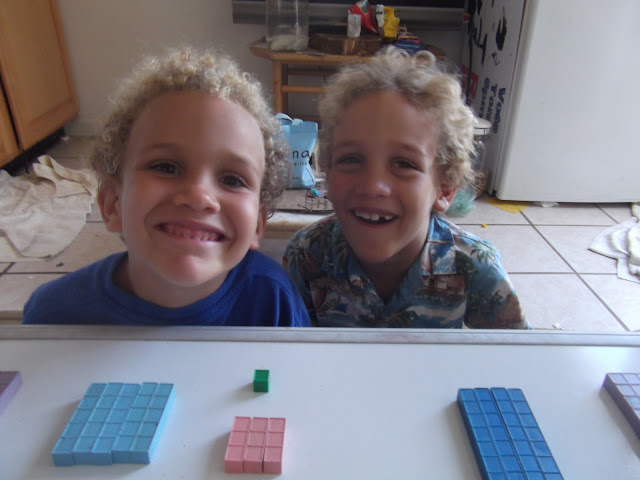 I think one of the most common questions I get is how do I make math fun? Well make math play and learning playFUL. Make a game of it. EVERYBODY like games. I have lots of posts about making math fun and interesting. 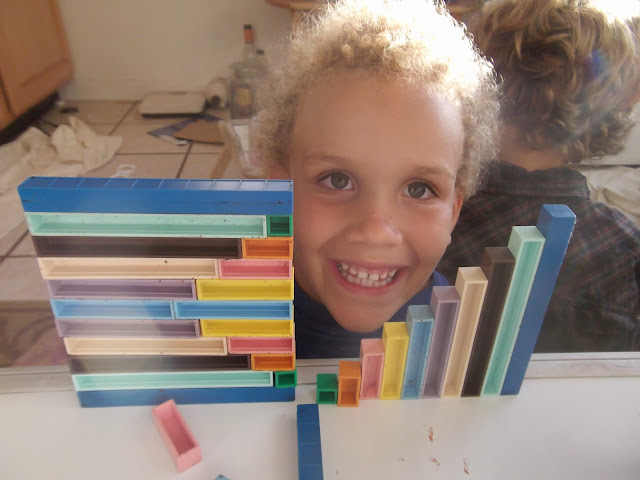 Here are a few:

Video tutoring making an addends house.
Note there a ton of screencasts for free and there is also a Password Protected Screencast page.

Here is another blog post about making math fun.

And another one where we play with monomials and play find the ones which makes it fun instead of scary. This child happens to be autistic but it doesn't matter and little kids like this game too.

Making a game of it is the beast way to make it fun...followed closely by incorporating it into everyday (math) activities. If you make it into a game all manner of things come into play, the students natural competitiveness will come out and everybody likes to get good at games so they can win at games. If you are smart you will make sure even the losers are winners...

You can teach some math with playing cards but you can also teach math by making up a game from whatever it is you just learned. Making it up together is the best way or having them come up with ideas like this video on polar coordinates where we brainstorm ideas for games (you have to skip to the end).

I once did a training in Utah where the homework over the week end was to come back with at leaste one math game...we had about 50 people in that training and we got well over 50 games and activities from Pre-school to "high school" algebra. If you are new here you might wonder why I have quotations around high school, the rest of you know it's because any little kid can do that algebra and they think it's FUN.

I have students on video begging me for algebra...because the way we do it IS FUN. It's like solving a puzzle. I guy who used to work for AMD figuring out why an AMD processor ran software differently than an Intel processor used those exact words...it's like solving a complex puzzle...and of course the way they solved it was with math. BTW he loved his job and was paid several hundred thousand dollars per year to do it. This is the attitude you have to instil in your students. That math is fun, and beautiful, and joyful...and when they think of math they are crying or conjuring up images of mental torture. I often make popcorn in my classes. The reason for this is manyfold.

First and foremost: I love popcorn. But so do most students and it gives them a positive association with math and me and my tutoring. Especially little kids. The smell of popcorn is associated with fun times...I am not above Pavlovian conditioning.

It doesn't have to be about smells and food although using M&M's or grapes or cookies or whatever snacks you like for addition and subtraction won't hurt anything. But making a game of the math itself is better yet...racing can also make a game of it when you separate kids into teams...I have even used this on video chat where one group is "live" with me and the other group is on the east coast...and they race to factor polynomials...we ended up going and extra half hour. Meantime the kids were literally squealing with excitement. You can create this same atmosphere in your classroom. You probably don't want to do it everyday but maybe once a week on Friday as a reward if they've been good.

Homeschoolers can get together once in a while and have family races where one group of kids gets together with one or more others. Use your imagination. Playing with the blocks makes math fun, but you can make math fun by making a game to ensure they attain mastery of whatever topic it is...often times the game they make will let you know how well they understand the related topic.

Here is a lesson you can use over and over again and make math fun while making the concepts understandable. Too many kids are confused by a whole year of multiplication and then a whole year of division and don't understand that they are indeed inverse functions. How you can separate the two is beyond me...

This is part of a long video (49 minutes it can be found here) and I edited down a little...the idea is you get a real time feel for what happens in a lesson. There's no magic to it you just play math and try and keep it fun. Part of having fun is removing the NO from the lesson. A lot of parents need to work on that...teachers too.


This is a compound lesson where we do multiplication, division, square roots, and word problems as well as area and addends, as well as integers watch as we move fluidly from one topic to the next...these boys are 5 and 7.

Or Just visit The House of Math.

“The only way to learn mathematics is to do mathematics.” ~Paul Halmos

"Whoever wants to understand much must play much." ~Gottfried Benn German physician 1886-1956

"Play gives children a chance to practice what they are learning." ~Fred Rogers American television personality 1928-2003

"Do not…keep children to their studies by compulsion but by play." ~Plato Greek philosopher 427-347 BCE

"Necessity may be the mother of invention, but play is certainly the father." ~Roger von Oech Contemporary American creativity guru

Posted by Crewton Ramone's Blog Of Math at 8:39 PM