Making math fun is not as hard as it sounds. If you are working with little kids it had better be fun or they don't really want to do it.

And even then some of the more "challenging" students may not want to do math, no matter what you do. Might as well have a good time if you can though. Math Fun is a term many people have a hard time with. How do you make math fun?

Here is a 5 min screencast of what you see here with audio:
http://screencast.com/t/MGJiODI5O I skipped the squares because that should get it's own little audio clip. I just figured out how to embed the "video" into the blog but I've only had the software for about 15 min so I'm just fooling around now...might have to get the pro version for a whopping 15 a year... 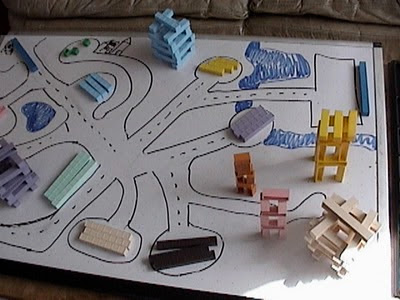 My first try at a screen cast: http://screencast.com/t/Y2VlMDkzODA Here is a board set up for learning addition and multiplication as well as some algebra. The towers or building need to be skip counted, tens need to be delivered to the tens depot...all manner of games can be played here. Math land or Math Town is a fun place to learn. 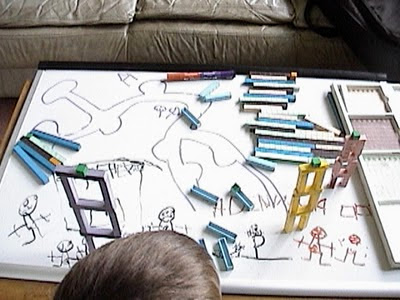 Some people drawn in makes it fun. These are not towers but robots with green units for heads. 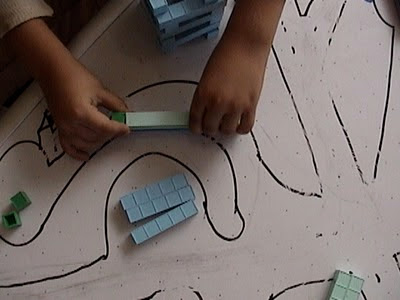 Here a ten ton truck loaded with a nine and a unit makes it way to the ten depot. 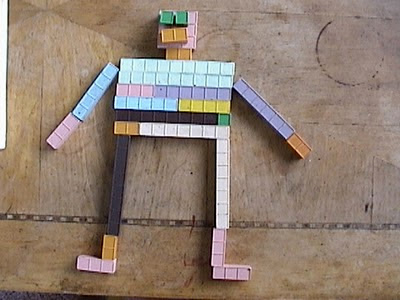 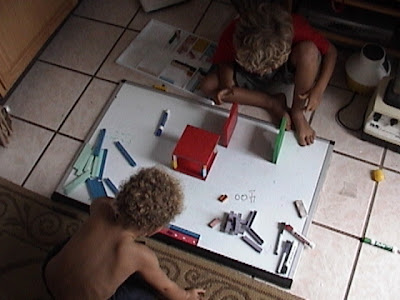 They are just playing blocks learning about 400, 4x2 and addends for 7. 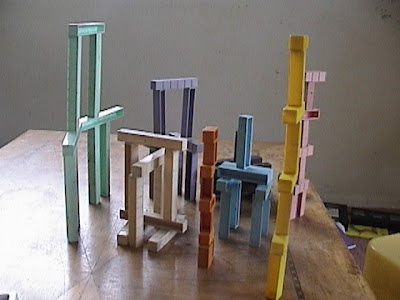 A city of multiplication facts. 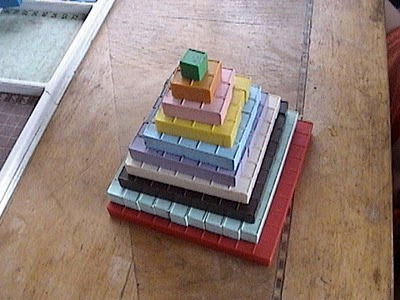 A pyramid of square numbers. A ton of math can be taught here. Geometric progression. Square roots, various values of x2 etc. Another thing I didn't mention in the screencast is children can discover for them selves that 22 is 4 times bigger than 12 and that 42 is 4 times bigger than 22 even though 2 is only 1 x 2, and 4 is only 2 x 2. In other words the base is only twice as big but when you raise to a second power it's more than twice as big. Let them make up their own rules and discover if the pattern is consistent...is 82 four times bigger than 42? 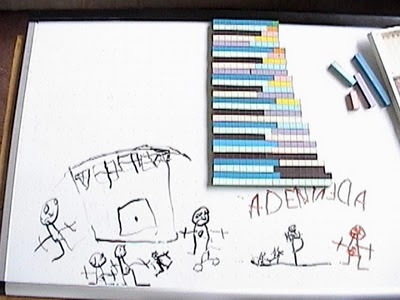 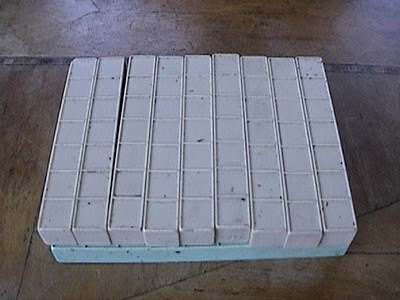 This was a "cake" we made with the nines are the cake the sevens are the frosting, 7 x 9 = 9 x 7. A concept many students have to see to believe when they are first starting out. 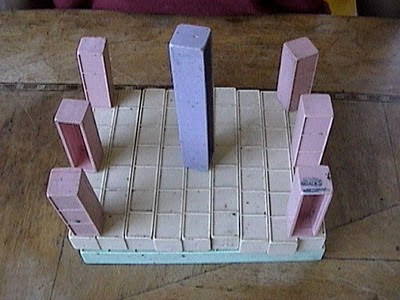 Posted by Crewton Ramone's Blog Of Math at 7:57 PM